Drones – how do they fly with you? 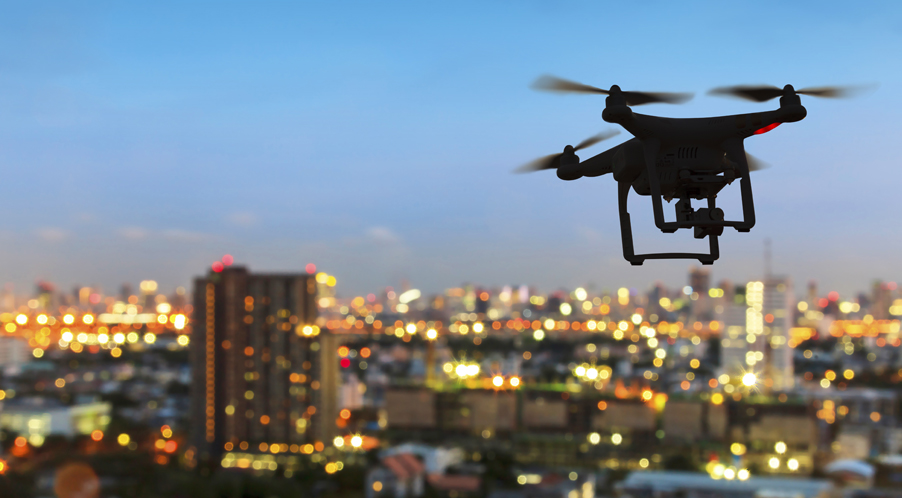 Since their launch drones have made a huge impact on society. Technology, media and telecoms industries in particular have been quick to take advantage of the many cost-saving opportunities they provide. While gadget fans have been just as enthusiastic for the newly-available aerial access.

But are we guilty of sleepwalking into something we might wake up to regret? Have we been too accepting of drones and their presence in our skies?

Drones as foes
In December 2018, sightings of drones close to Gatwick Airport caused travel chaos affecting thousands of flights and hundreds of thousands of passengers. It was the single biggest travel disruption at the airport since the Icelandic volcano eruption and subsequent ash cloud grounded flights in 2010.

Future-shock films and TV shows like Black Mirror have also painted a less than rosy picture of where the use of drones could be heading. Their sinister wasp-like existence being symbolic of authority and controlling public order – Big Brother’s all-seeing eyes in the sky. But that’s only one side of the story.

Drones as friends
Recently, in the stricken Peak District town of Whaley Bridge, Derbyshire Police’s fleet of drones were hailed as heroes. They were used to keep a watchful eye on the damaged Toddbrook Reservoir wall that threatened to burst and devastate the town.

Just as reassuring, the drones enabled 24-hour monitoring of the empty homes of evacuated residents against the threat of burglary. This was surely a double victory in the eyes of the public for the virtues of the technology?

Drones on the rise
There’s no doubt that the take-up of drones in the years ahead will continue on its current soaring trajectory. Indeed, a report by PwC1 predicts that by the year 2030, there could be as many as 76,000 drones operating for businesses and government in UK skies. With a newly established ‘drone economy’ employing around 628,000 people.

What’s your viewpoint?
At Triton Group, we deploy drones whenever necessary to help us in protecting people and property. That’s why we’re keen to understand how you feel about their usage. For example, how would you feel if you saw a drone hovering overhead unexpectedly? Would you see it as a threat or a reassurance?